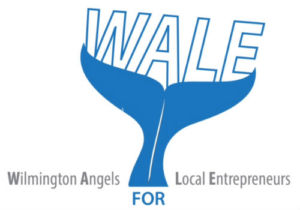 A new Wilmington-based early-stage investor network has made its first investment, according to a news release Wednesday.

Through the Wilmington Angels for Local Entrepreneurship (WALE) network, Ironclad Brewery has invested in Petrics, a high-tech product that prevents cohabiting pets from eating each others’ food and allows the pet owner to track each animal’s food intake and health status.

While the announcement from Ironclad CEO Ted Coughlin did not disclose the amount of the angel investment, WALE founder Jim Roberts said Wednesday in an email that the amount is at least $50,000.

“We have a syndication agreement with another set of angel groups in the Southeast that if we invest a minimum of $50,000, our deal will automatically go in front of 12 other groups, and we have met that threshold,” he said.

Other investments in Petrics may be forthcoming from WALE members, Roberts said, adding that once the opportunity is available to investor groups within the syndicate, investors from those groups may get involved as well.

Petrics is the brainchild of Ed Hall, who works full-time at Elite Innovations LLC, Wilmington’s makerspace. He was inspired to create the technology after watching his mother struggle to keep her three cats and one dog out of each others’ food bowls, with some of the animals dominating.

“Over the past couple of years the pet industry has seen an influx of interest and demand from pet owners for smart technologies to track and monitor their pet’s health. Pet technology is a brand-new segment that is still relatively untapped in the pet market and expected to grow at alarming rates,” Hall said in the release.

Roberts announced the official formation of WALE in October. He sees the network as helping to address the need for more startup capital for Wilmington-area ventures.

“Wilmington needed a new investment network that leverages the talents and resources of active or former entrepreneurs who are comfortable with the risk and patience with time needed to work with local startups,” Roberts said in Wednesday’s release.