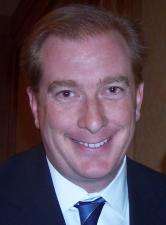 Editor’s note: Jim Roberts, a professional connector and founder of the Network for Entrepreneurs in Wilmington (NEW) and the Wilmington Angels for Local Entrepreneurs (WALE), spent a hectic Tuesday traversing the Triangle to promote the “Coastal Corridor.” He also sees first hand just how active and vibrant the Triangle entrepreneurial ecosystem has become. He also caught Congressman David Price’s appearance at the First Flight Venture Center. Here’s Roberts’ recap of a busy day.

Tuesday morning started at American Underground , transitioned to the First Flight Venture Center , over to a new building at NC State and ended at the RTP Frontier.

I have a new startup in Wilmington that I am trying to introduce to the resources within the Coastal Corridor between Durham / Raleigh and the coast.

So of course the first meeting is with a friendly venture capitalist at the American Underground on Main.

After a very positive introductory meeting, we squeeze in a last minute decision to attend an event at the First Flight Venture Center. VERY impressive lineup of startup entrepreneurs who have won SBIR grants and then raised capital.
One of the startups , Dignify Therapeutics , had also raised capital from the elusive Eshelman Ventures , based in Wilmington. Mr. Eshelman is the founder of PPD with HQ on the river in downtown Wilmington.

After a warm introduction , Congressman David Price gave a nice speech about the importance of SBIR grants from federal organizations such as NSF , NIH and DODefense. He talked about the current struggles of leadership in Washington DC and how he is working with other legislators to push forward on important issues to promote startups.
After inhaling a quick lunch at Mez , we hauled it down to Bunker Labs event at the impressive Talley Hall at NC State. A Very nice student union that has been renovated recently.

This is the first full class for Bunker Labs , an accelerator program for military veterans who have become entrepreneurs. We got to witness the powerhouse CEO of Tiger Eye Sensors who is a high profile female entrepreneur who has won several awards.

Also heard from the Vice Provost for NC State who laid out a VERY impressive future of what they are putting together to be a “Think and DO” place for the student entrepreneurs to immerse themselves in entrepreneurship.

NC State has so many initiatives around entrepreneurship and has put out some impressive startups already such as UnderCover Colors and a nice outpost at HQ Raleigh.

To end the day, I had to drive around the building traffic for the Beyoncé concert at the football stadium to make it to The RTP Frontier for a meeting with one of my mentors Bill Warner , cofounder of EntreDot.

We were listening to a private pitch by two FinTech entrepreneurs from Ohio who are considering a relocation to Wilmington, North Carolina.

The coworking space at RTP Frontier is free. And a great new place for “collisions ” with helpful people as I saw Chris Kelly, Preston Linn and maybe even Greg Frisby.

To say the least , the Durham / Raleigh region has so many innovation assets BUT there is not a fence around these assets. With the right champion and referral in , these assets that happen to be in the Triangle , are very accessible to other North Carolina startups and organizational leaders. Wilmington and all North Carolina cities have access if they pursue the right contacts.

I think Wlmington is doing a good job of making real connections through the Coastal Corridor to benefit our startups. Like this Friday when four of the six startups featured in the NC technology Association Startup Showcase are from Wilmington.

(” Must apply to be on the ballot to win the election” is something we preach about versus complaining about being excluded. )

Like May 19 when we have three Triangle Life Sciences investors coming for my Network for Entrepreneurs in Wilmington event. (125 people already registered. ) This does not compete with the more tech related Moog Fest.
Read more at http://wraltechwire.com/one-busy-day-crisscrossing-booming-triangle-introducing-the-coastal-corridor-/15681563/#lr5gjZDp2qlxB5sA.99